Yesterday I posted two photos of Amtrak Coach Baggage cars.  I took the photos in the fall of 1984 in Pittsford, NY, a town outside of Rochester, NY.  These are both former NH baggage/parlor lounge cars that survived to make it into Amtrak service.  In 1976 these cars were rebuilt by Amtrak into coach/baggage cars.  This rebuild included blanking out three windows on the baggage end of the coach portion of the cars.   I assume this increased the baggage section of the cars as I am unsure of what the interior looked. The baggage doors were also replaced as some point. The cars lasted in Amtrak service until 1981 and then were retired.  I have no idea why the cars were in Pittsford, NY nor what has happened to them since then.  If anybody knows, I would be very interested in knowing there final disposition.  The Amtrak information came from the book Amtrak by the Numbers.  I have posted a couple of photos from the web that show the appearance of the car towards the end of the New Haven Railroad. 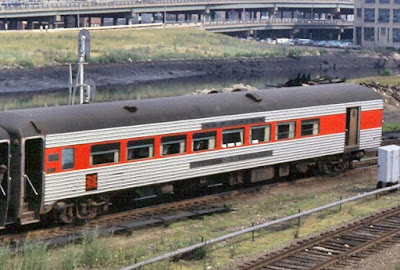 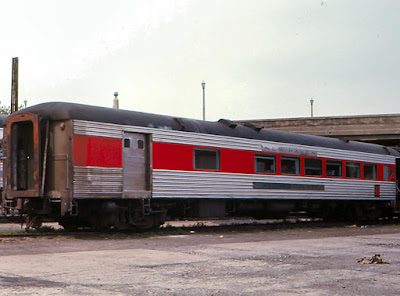