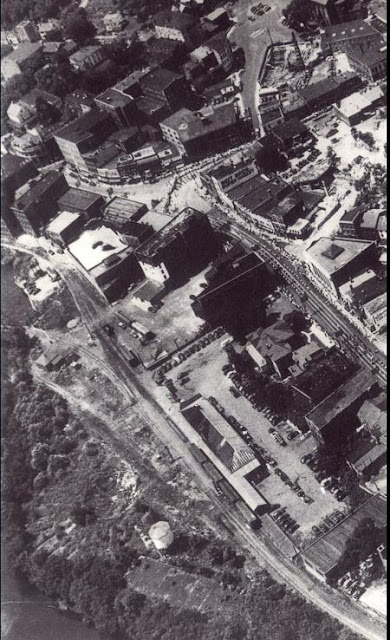 While my current version of Norwich is very much freelanced, I have made a couple of changes to it based on this photo.   I had the bulk track that is just south of the station, but no interchange track.  I have rearranged the track on my version of Norwich to more closely match the layout here.  The yard at the real Norwich, it is south just over the bridge and under the tunnel to the south. On my layout a small yard will be on the est side of the main, across from the station.
While the changes I made are minor, it adds more operations to Norwich and at least make it a tad closer to the prototype.
Posted by Jim Fellows at 10:03 PM